Raising and leveling your sunken concrete is more cost and time effective than replacing it!

Uneven concrete slabs can present safety issues, damage vehicle tires, and look unappealing. Instead of replacing your concrete slabs, often times you can raise / level them for a fraction of the time and money. The process of raising concrete slabs by hydraulically pumping grout, a composite of sand based material and Portland cement, under the slab is called Mudjacking concrete raising. This process is also commonly referred to as slabjacking, concrete raising, or pressure grouting.

What types of problems can concrete raising fix?

Concrete raising is an easy alternative to replacing your sunken concrete, often times saving you over 50% of the cost of replacement! Some common areas we raise, level and repair are patios, front porches, driveways, sidewalks, garage & parking slabs, steps, and pool decks.

5/16/16 Dave, It was about ten years ago that my basement walls started to move and leak. I called a local company to have the situation  taken care of. They came over and proceeded to install a system that was meant to bring the walls back into position and prevent cracking and leaking. They did this by drilling through the walls and extending a rod out to the yard about eight to 13 feet from the house. It was supposed to be tightened to bring the wall back to the original place or close to it. It did move the walls ever so slightly, but return, cause more cracked in the walls. After repeated calls for the firm to come and fix the problems, the leaking did cease but the company asked me for $100 a year to guarantee their warranty. They worked on the East and South walls. Two years ago, the west and north walls began to leak and I called another local firm, because I lost all tryst in the first firm. They did the same procedure with the same results. Tighten the rods and get more cracking and more leaks. After continued leaking for the better part of the last two years, I decided, after a $15,000.00 expenditure, to call and get the basement fixed correctly to end the leaking. A competitor contractor mentioned your name and I called you. I had your firm mudjack my driveway a couple times, but I did not know you did basement work also. I accepted your bid in the winter of 2015 to do the work in the spring of 2016 and this past week, after two weeks, the job is complete! You excavated around the entire house, pushed back the walls, installed steel beams every four feet in the basement, filled all of the cracks inside and out and applied a sealer on the outside of the walls. I am confident that my basement is not sealed and should not leak. I can only have words of praise for the men who performed the work. They were not only courteous, but very hard working and when they left, the outside of my home was landscaped and the property cleaned up. We are very appreciative of the excellent quality of work you performed and look forward to a “dry” (SureDry) basement in the future! Again, Thank you Clyde Menasha, Wisconsin

Do you have uneven concrete and don’t want to pay the cost to demo and replace it? Then Mudjacking concrete raising is right for you!

The first step we take when starting your concrete raising project is to strategically drill one inch holes into the section that requires lifting. These allow us to hydraulically fill the spaces underneath your concrete. 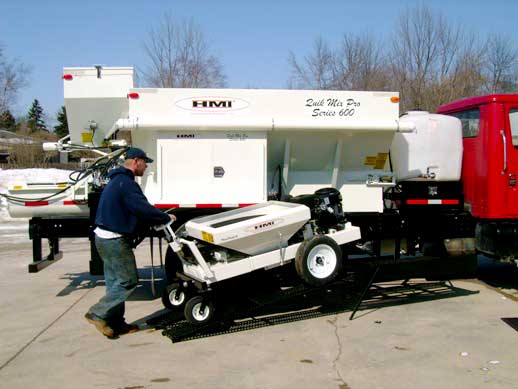 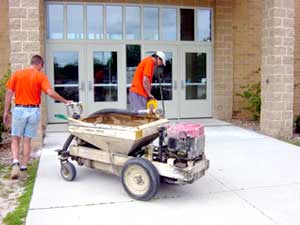 A sand-based slurry, infused with Portland cement, is hydraulically pumped through the 1″ holes to fill voids and raise the settled concrete. As the slurry fills the voids and crevices under the concrete slab, the pressure of the filling begins to raise the concrete. We measure the level at which the concrete slab is raised, ensuring it’s raised enough to make it level with the surrounding slabs. 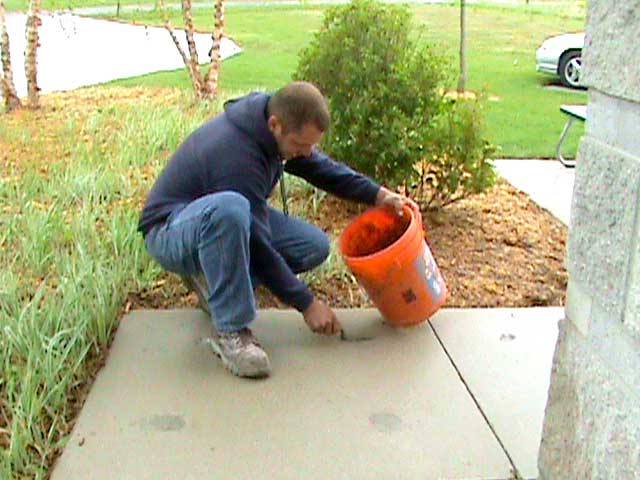 After our mudjacking crew has completed raising your concrete, we insert a plug into each hole, and patch it with new cement. The concrete slab is ready for use immediately. It is recommended, however, to allow the patch material to set-up before use, which typically takes a couple of hours.

We helped our customers save over $20 million dollars raising their concrete,
instead of replacing it. Let us help you!